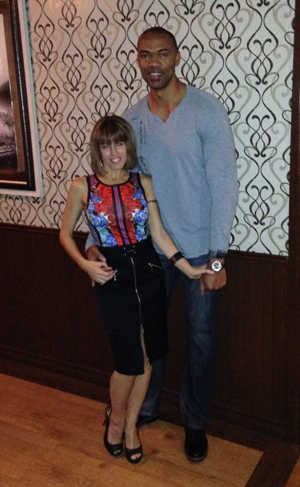 Diane Seguin (founder) was born and raised in Montreal, Canada.She grew up with two feisty older brothers, Stephane & Serge, from which she learned to face her fears and to never quit. The moment she got up to teach a group class she knew she had found her calling. She has now been in the fitness industry for 30+ years.

Having a deep love for dance, Pilates was a natural stepping stone to her already wide teaching experience. She studied under Ann McMillan at the Montreal Pilates Center and has earned a Matt and Apparatus certification. She is YMCA Fitness Certified and has several certifications in STEP, Aerobics, Boxing, Spinning, Cardio Ball classes, Power Yoga and has specialized in Boot camp, Ballet Boot Camp, Body Toning & Interval Training. She has also participated and won in 6 group fitness competitions. Her passion for teaching is evident in her strong class following and her dedication translates into great success stories.

What led her to the Capital District was a chance encounter with Dexter Young, an Engineer. They met in New York city in March 2010, and got engaged and married in Saratoga in 2011. She has been in the area for a few years and has already adopted the Capital District as her own.